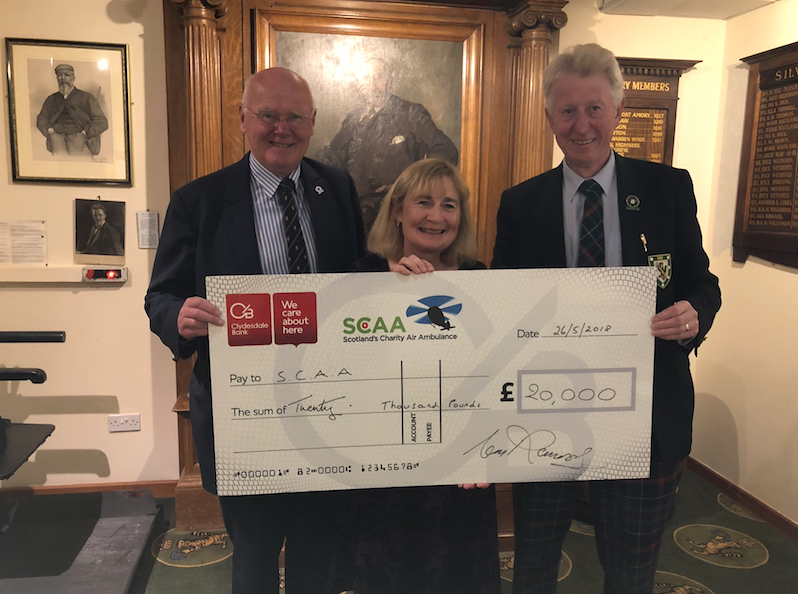 The generosity of Royal Dornoch members has provided a £20,000 boost to Scotland’s Charity Air Ambulance. Club captains Elizabeth Henderson and Alan Ramsey both nominated SCAA as the charity they wished to support during their time in office. An … END_OF_DOCUMENT_TOKEN_TO_BE_REPLACED

Autumn is in the air as weather systems dance acro

An alternative view of the Struie, looking down on

📍 Do you know our weather in October is among t

A fleet of greenkeepers out this morning doing wha

Savouring the Struie once more… 😃⛳️👌

As many discovered during last week’s Carnegie S

🗣 “For over half a century, Dornoch has been