COMPETITORS in the World Hickory Open Championship donned outfits recalling past times when they took to the fairways at Royal Dornoch. 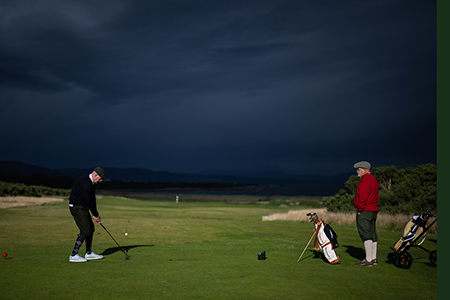 More than 100 players teed-up in a competition which was played out at Royal Dornoch, The Nairn Golf Club, Castle Stuart and Fortrose and Rosemarkie.

The event organised by Platinum Golf Scotland lured golfers from around the world to the Highlands.

They donned outfits from a bygone age to take to the links, playing with original or replica hickory shafted clubs dating back to the 1930s and earlier.